Because My Heart Is Young

Aging, a problem, starting from the moment of birth, all of us will confront, is also an extremely complicated physiological process. With the development of medical science and technology, mankind is gradually unveiling the mystery of aging.

In the 1880s, American scientist Cynthia Kenyon extended the lifespan of C. elegans by 100% for the first time by means of genetic methods. People began to realize that aging could be manipulated. In the following three decades, the anti-aging field developed rapidly, and scientists developed a series of technical measures in order to effectively delay the aging process. In 2013, Google invested $1 billion in aging to find the ultimate secret of anti-aging.

Why are we getting older?

As the researches on aging becomes more thorough, scientists have put forward a variety of theories to explain the causes of aging, including the well-known "telomere theory", "free radical theory", and so on. In fact, these theories are one-sided, and aging is a complicated multifactorial incident. Genomic instability, telomere shortening, stem cell exhaustion, cellular senescence, epigenetic variation, mitochondrial dysfunction, loss of protein homeostasis, nutrient sensing disorders, and other factors may trigger or accelerate aging. 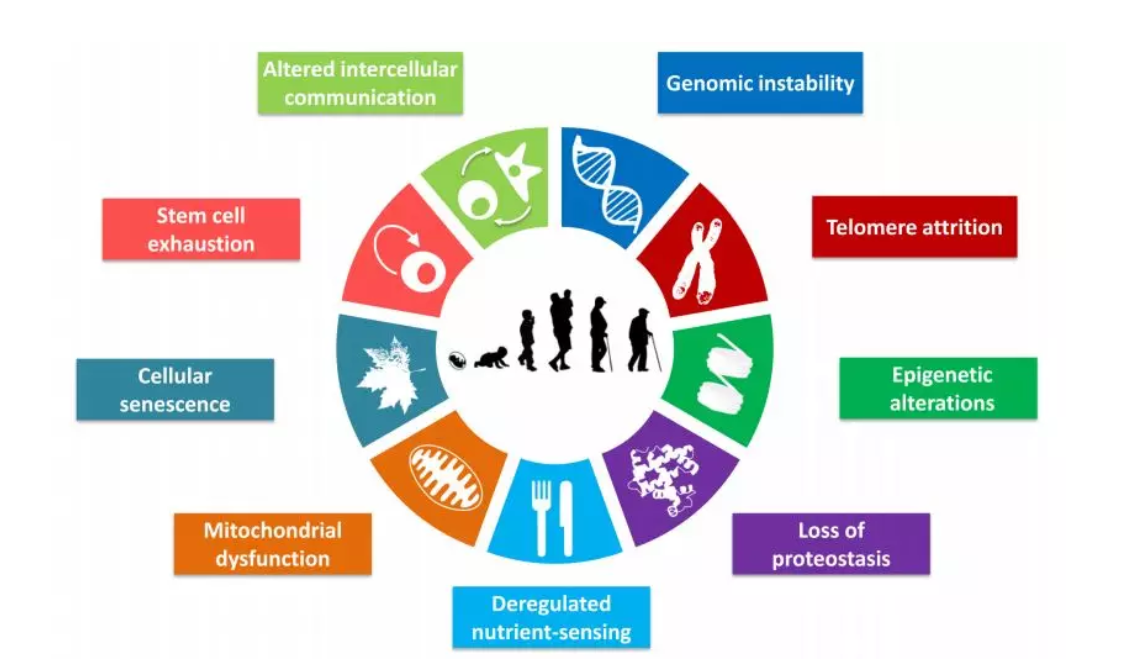 How to delay aging?

The so-called dietary restriction, that is, to control the amount of food eaten each meal, and to eat about 70% of the normal amount of food. Foreign scientific research shows that this dietary strategy can significantly delay the aging of species and even extend the life span of species. The research covers lower animals and higher animals, and found that this strategy can slow aging unexceptionally in yeast, nematodes, fruit flies, mice, dogs, and even in monkeys. Recent studies in humans have also shown that long-term adherence to this dietary pattern can significantly reduce the incidence of cardiovascular disease. It is interesting to note that the conclusion of the "70% of full appetite" from studies conducted by foreign academia for many years has long been a traditional Chinese concept of health preservation, which makes us admire the experience and wisdom of our ancestors.

In recent years, a number of other similar dietary strategies have been derived from the "dietary restriction" strategy described above, such as "intermittent fasting". That asks people to eat at a fixed time slot every day, or to eat on fixed 6 days per week while fasting on another day, etc. Their effects will be slightly different, but their molecular mechanisms are similar. 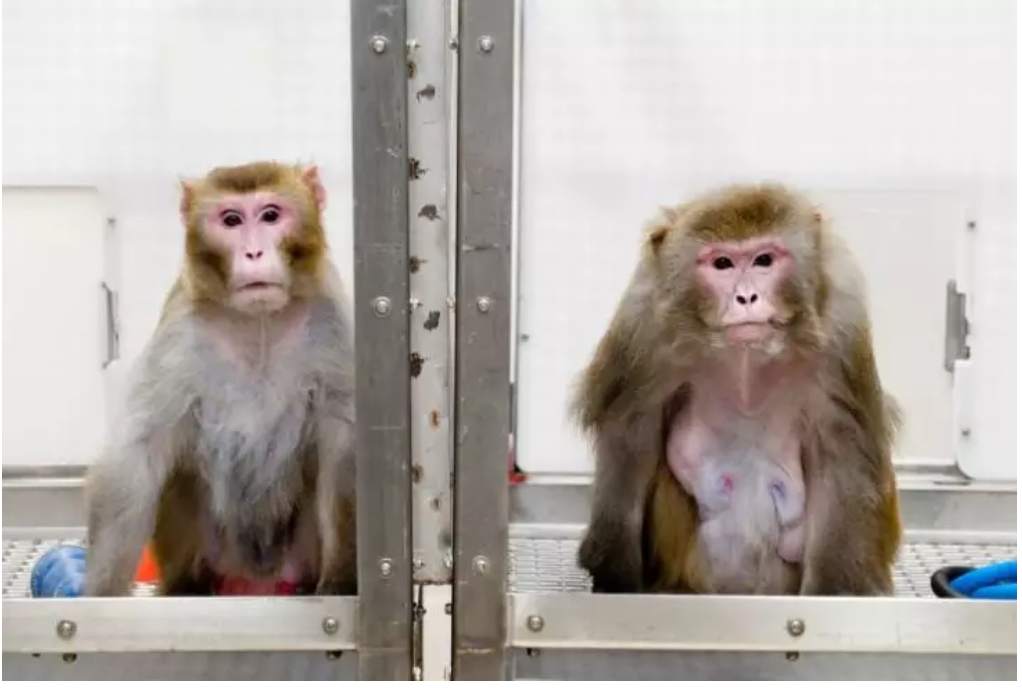 Current research shows that by scientific and effective exercise, the elderly can reduce the risk of cardiovascular disease and the risk of diabetes, relieve hypertension symptoms, improve toughness and tenacity of bones and joints, and boost immune capacity, etc.

By comparing sedentary people with older people who regularly have aerobic exercises, scientists have found that when the elderly have regular aerobic exercises, the expression of the factors regulating vascular function in the aged population is significantly increased, even reaching the level of young people. Several experiments in animals have shown that exercise can effectively reduce the signals that induce apoptosis in aged animals, reduce the level of inflammation within the vascular environment, and increase the metabolic activity of the "mitochondria" of the cellular energy station. 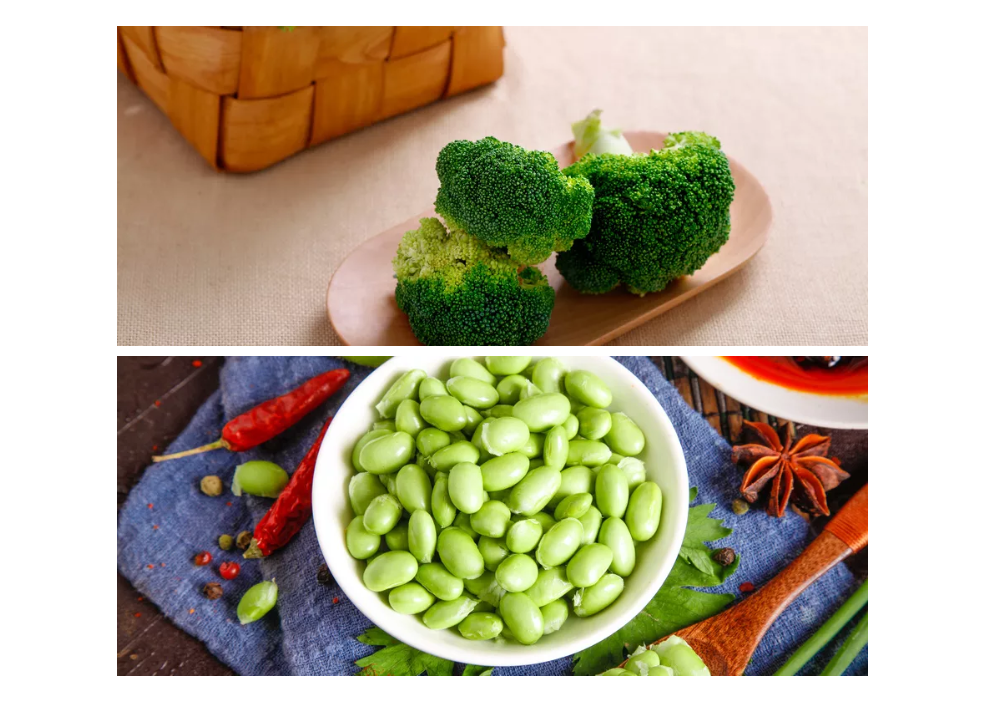 In pace with the search for the so-called "Fountain of Youth", scientists have found some compounds that can interfere with the aging process. However, these compounds are either in the preclinical stage and their safety is yet indisputable, or they are commercially expensive. Here I would recommend two kinds of foods containing the celebrity compounds.

An American Scientist, Dr. David Sinclair, also a Professor at Harvard University, found that levels of an important substance, nicotinamide mononucleotide (NMN), dropped significantly along with aging. After long-term exogenous supplementation of NMN to aged mice, mice showed delayed aging, increased energy metabolism, enhanced insulin sensitivity, enhanced lipid metabolism, increased mitochondrial activity, and enhanced bone mineral density and immune function, etc. Later, NMN also gained wide commercial acclaim, but its production was limited for lack of large-scale synthetic techniques, and so currently NMN on the market is expensive and without guarantee of the quality. Studies have shown that vegetables, soybeans, and broccoli contain high NMN, and are daily vegetables in eating more of which there is no harm. 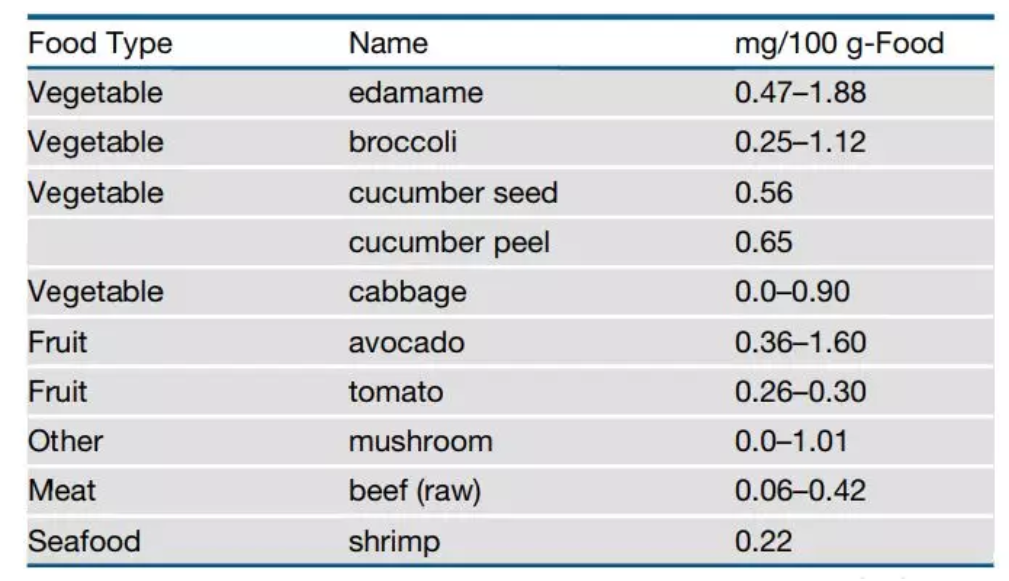 Figure: The Amount of Anti-aging Substance NMN in Different Foods. The content of NMN is higher in soybeans and broccoli (KathrynF. Mills, 2016)

Furthermore, scientists recently extracted a natural substance, urolithin A, from pomegranate. The results showed that this substance can effectively prevent the damage of mitochondria in cellular energy stations, aid in the mitochondrial remodeling and clearance function, and significantly extend the life span of C. elegans. Meanwhile, the compound can significantly improve the motor function of aged mice. Therefore, pomegranate is also expected to become a celebrity fruit.

Metformin is a widely used drug to treat type 2 diabetes. Interestingly, some clinical follow-up data have shown that diabetic patients taking metformin not only do not experience a shortening of the life span, but instead may live longer than healthy people. So, scientists began to focus on the anti-aging function of metformin. Clinical results have shown that metformin can reduce the incidence of some cancers, improve cognitive memory function, and so on.

As metformin continues to emerge in anti-aging research, scientists have become more than satisfied with existing results. In 2015, US scientist Nir Barzilai had the intention to submit an application to the FDA to carry out the clinical anti-aging effects of metformin. This will be the first clinical experiment against aging symbolizing a landmark in aging research. The study plans to recruit 3,000 elderly people, one group taking metformin and one group taking a control drug, to observe the aging process in these 3,000 elderly people.

The results of metformin in mice indicated that its anti-aging function is strongly dose-dependent, i. e. , it may have opposite effects at different concentrations. Considering the particularity of long-term administration of anti-aging drugs, the dose should be administered with caution given no clear clinical conclusions have been made. 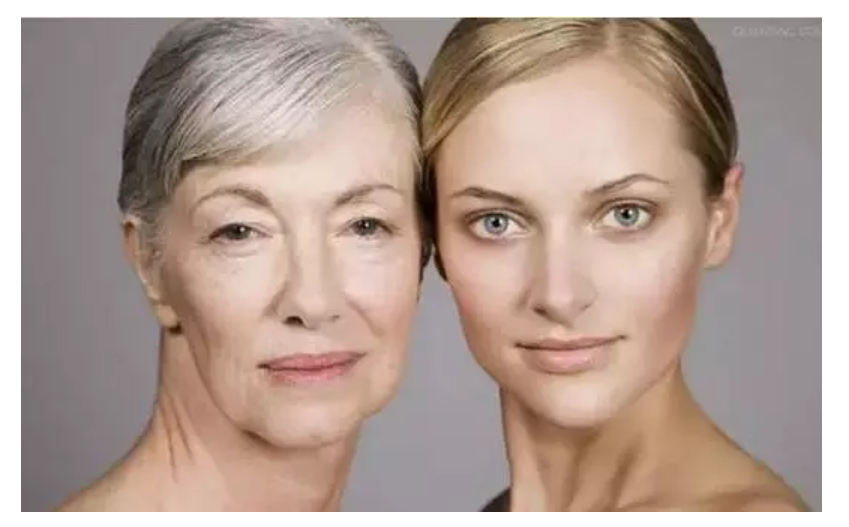 Aging is a normal physiological process. Although we can hardly accomplish the task of fully renewing one’s youth in old age, anti-aging is becoming a reality with the rapid development of scientific and technological measures. Here, I summarized some typical anti-aging methods mentioned above.

In addition to external measures, I believe that a good attitude will be the best "Fountain of Youth. " I met Cynthia Kenyon (Current Vice President of Calico, an anti-aging company owned by Google) in Cold Spring Harbor, New York, four years ago. She looked like she was in her early forties, but actually, she had just celebrated her sixtieth birthday. "Because my heart is young," Kenyon said of the secret to her "frozen age".